Support to businesses – also through the granting of credit lines to the business fabric – is one of the main functions that the banking system is called upon to perform. However, the most recent data published by the Bank of Italy at the end of 2017 show that, in the face of a growth in consumer loans granted to support a now recovering demand, the banking system is still struggling to grant credit to companies, above all those of smaller dimensions.

If we also consider the transformations that have profoundly changed the banking sector over the last few years, defining new ways of collaboration between companies and credit institutions becomes fundamental to favor the overcoming of the asymmetries that, despite the efforts made by the actors of the national economic system , still exist between these realities.

The 2018 Credit Observatory promoted by CRIET and AINM – Associazione Imprenditori Nord Milano is therefore proposed as an initiative aimed at investigating the quality of the services offered by credit institutions to entrepreneurs in the provinces of Milan and Monza and Brianza. The conference, in addition to presenting the results of a research conducted among the AINM associates, represents a moment of confrontation to promote collaboration between companies and credit institutions, also in light of the technological changes induced by the digital transformation.

The meeting is also an opportunity to discuss how banks are equipping themselves in an increasingly interconnected world to measure first and then improve their reputation among the relevant public with tools such as Net promoter score, rating systems and algorithms always more effective. 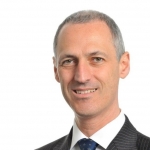 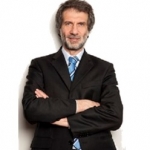