The Clypea network for the offshore security- activity 2018

The DGS UNMIG organizes, in collaboration with the Navy and the CRIET, the event “The technological innovation and the research fielded by the CLYPEA network”. The contribution of hydrogen for tomorrow’s energy to be held on December 5, 2018 at the Naval Academy of Livorno.

The Clypea Network, which since 2014 brings together teams of excellence from universities, research institutions and state bodies, was created to intensify efforts in the field of research for the safety of offshore activities and has evolved establishing itself as an innovation hub able to explore some of the most innovative research scenarios in the energy field, also connected to one of the most frontier areas, such as hydrogen. In fact, hydrogen is considered a key element for the future energy scenario and for the processes of decarbonising the economy. The possibility of being effectively stored, even in large quantities, and of being able to be produced through sustainable and non impacting processes, which reduce emissions into the atmosphere, such as water electrolysis, are characteristics that make it peculiar in the optics of circular economy and as an energetic vector ideal to make the final integration with renewable sources possible. Inserted with the Legislative Decree n. 257/2016 among alternative fuels in the national strategic plan, hydrogen is assuming an important role for sustainable development strategies at international level.The Tokyo Declaration reiterated the willingness to cooperate globally to coordinate efforts towards the creation of a new hydrogen economy, collaborating in the sharing of technologies, technical standards and projects that use hydrogen as an energy source, both in the daily life, in transport and in different industrial sectors. The meeting is therefore an opportunity to take stock of the skills and technologies that exist and are being developed by the Network, among which are the storage of hydrogen as a vector for energy conservation, the reuse of infrastructures present at sea for the use of large-scale hydrogen, for in situ production, storage and transport through existing facilities, as well as for the maintenance of electricity produced from renewable sources and for its introduction into the distribution system through the conservation and storage of energy surplus. Among the aspects investigated, together with the technical feasibility of these operations, there is also the issue of the safety of operations involving the use of hydrogen, a fundamental step in order to fully exploit this key element in the energy future.

Consult the program of the event 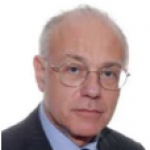 General Director at the Ministry of Economic Development info 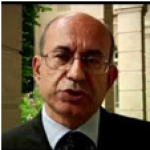 General Director at the Ministry of Economic Development