The impact of the digital transformation on public administration communication

The law 150/2000 defined boundaries and aims of communication activities carried out by a public entity. For the first time in our system communication is acknowledged as having priority as a structural resource, through a distinction decided by other administrative activities. The legislator shows that he has understood exactly what the problems are and how the subject must be regulated.

If the legislator has demonstrated farsightedness, in practice it has often been difficult to apply. Difficulties increasingly highlighted by the technological evolution that has taken place over the last two decades and which has only partially been implemented by the parallel legislative evolution. In fact, the legislative interventions of the period (Law 190/2012, Legislative Decree 33-39 / 2013, Law 79/2017) have suggested the adoption of organizational models consistent with the change induced by the digital transformation on the one hand, but, on the other hand, they were only partially organic among them highlighting the resistance to change typical of complex organizations such as the PA. Therefore, in the concrete implementation, the managerial practices have manifested themselves in an uneven way throughout the national territory, accentuating the pre-existing territorial differences.

The aim of the meeting is therefore to start a debate on the appropriateness of adopting a new paradigm in public communication which, in an organic way, also includes all the modalities of interaction of the digital age by now. 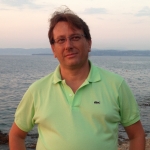 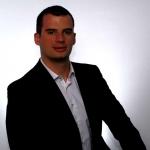