Today public lighting constitutes one of the major items of energy expenditure for Italian municipal authorities, an item that could be significantly reduced by implementing appropriate energy policies and through the energy upgrading of municipal, road lighting facilities.

On this basis, in 2010 CRIET signed a framework agreement with ENEA and formed ‘Lumière’, the national project that aims to support and promote energy efficiency in the area of public lighting.

The initiative, which today sees CRIET among the main promoters, caters primarily to Italian municipal authorities, proposing initiatives that allow for greater dissemination of the culture of energy efficiency and designing innovative models for the realization of the energy upgrading of street lighting facilities in municipal areas. The technological solutions proposed by the Lumière project adopt a long-term perspective and are therefore designed to use the urban electric network as the infrastructure for the realization of smart cities.

In the first four years of participation in ‘Lumière’, CRIET has designed software that, along with other tools developed by the project partners, combine to form the set of instruments offered by ‘Lumière’ to all municipal authorities that have decided to commit to achieve ambitious results in terms of energy efficiency, thereby reducing electricity consumption.

In addition to ENEA and CRIET there are numerous other protagonists in the field of public lighting who have decided to be part of  the ‘Lumière’ project, among these are, Federesco, Agesi, Assil and April. 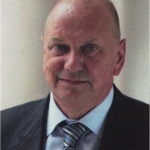 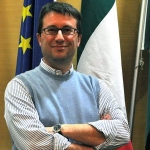